When Daire O’Riordan decided to attend Davenport, his friends and family were surprised to learn he had selected a university more than 3,400 miles away from home.

The majority of O’Riordan’s schoolmates in Cork, Ireland, chose to remain in the country to attend college. Although he knew it would be hard to leave his family and friends, O’Riordan felt strongly that Davenport’s marketing program and the opportunity to play on the men’s soccer team made leaving home the best choice for his future — a decision he is grateful he made.

O’Riordan isn’t the first Davenport student from Cork, and he likely won’t be the last. But what exactly is it about the men’s soccer program that brings these students to West Michigan from Australia, Denmark, Ireland, New Zealand and the United Kingdom? 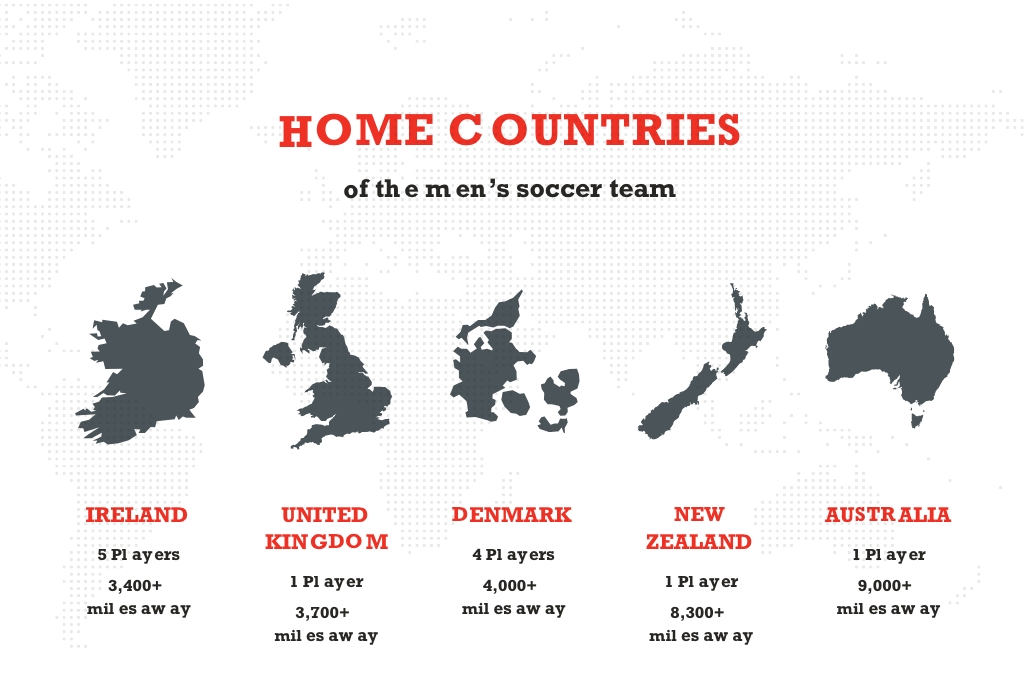 Chris Hughes, head coach for the program since 2011, attributes the number of international students on the team to one thing — Davenport can give these students the whole experience.

“They can’t just be here to play soccer, or just to get a degree. If an international student-athlete wants to be successful, they need to be here for the whole experience. They see us as a very reputable team, but also an institution where they can get a great education,” said Hughes.

In order to help international students transition to college life in the states, Davenport’s admissions team works closely with students to complete pre-arrival requirements and to help them get acclimated to their new home once on campus — this is in addition to scholarships, job opportunities, and even biweekly support sessions that are also available to Davenport’s international students.

The combination of a quality education and a competitive athletic program, paired with the support programs Davenport offers to international students, is what has prepared O’Riordan for career success after graduation.

The men’s soccer team has a long history of recruiting international students. Many of them even choose to stay in the United States to work after graduation. The team’s lead assistant coach, Stuart Collins, is an Ireland native who once played on the team. He loved his experience here so much that he just completed his eighth season as a part of the program’s coaching staff.

After graduating, these international alums often unknowingly assist in recruiting new students from their home countries by sharing their positive experiences at Davenport with friends and family back home. Hughes estimates that he gets a couple of emails a day from international students who are interested in attending Davenport and being involved in the program.

After the pandemic brought the 2020 season to an early close, the team returned stronger than ever in 2021 — earning the title of 2021 Great Lakes Intercollegiate Athletic Conference (GLIAC) regular season co-champions. This is the first time in the program’s history they have secured this prestigious title. The team ended the season by securing a bid to the National Collegiate Athletic Association (NCAA) Division II National Tournament, also a first for the program.

In addition to recent milestones, the program has gained national attention for other accomplishments over the past decade. Most notably, in 2014 they won the National Association of Intercollegiate Athletics (NAIA) national championship. Davenport remains the only men’s soccer program in the state of Michigan — including NCAA Division I, II and III — to have won an outright national championship.

Davenport hosts students from more than 30 countries — and is committed to helping each of these students feel right at home.

To O’Riordan, Davenport has been the perfect fit. But it was finding a stateside family within his own team that sealed the deal.

“The professionalism and training environment of the team has not only pushed me to be a better player, but also a better person. The people I have been surrounded by have made Grand Rapids feel like home,” he stated.

“There are so many benefits of having international students on the team,” said Hughes. “Each of our players sharpen the others. Bringing different cultures and experiences to the team helps these men grow both athletically and personally. I love coaching here. We have wonderful support from our administration and feel strongly that we have built a strong program — one that appeals to students around the world.” 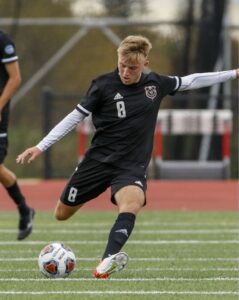 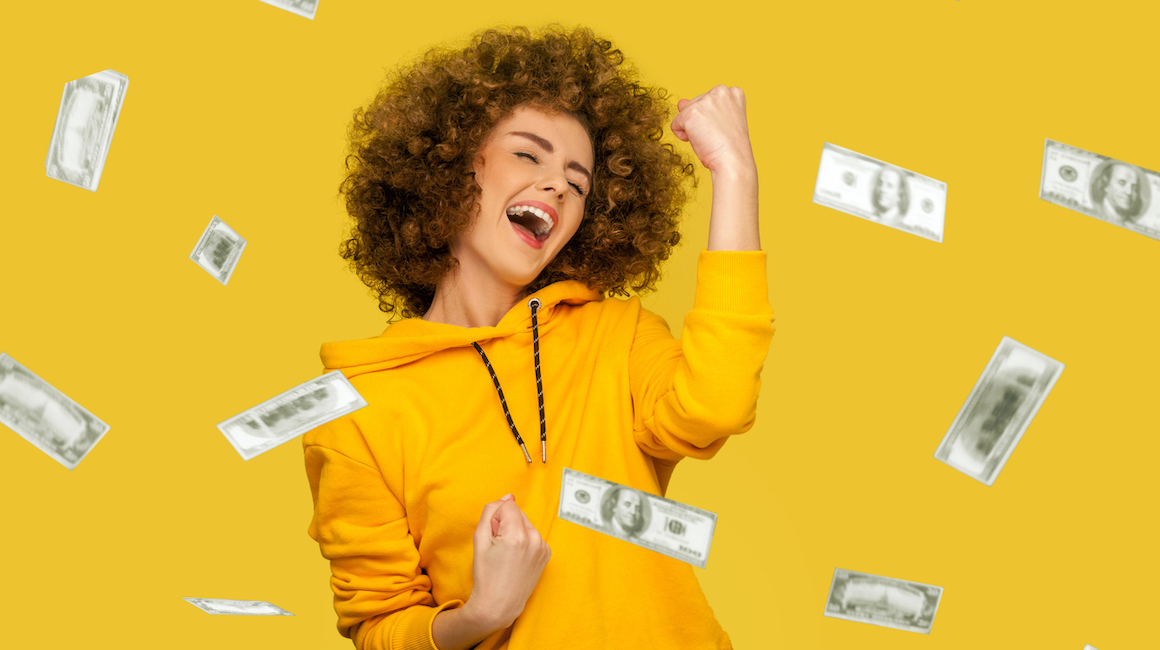 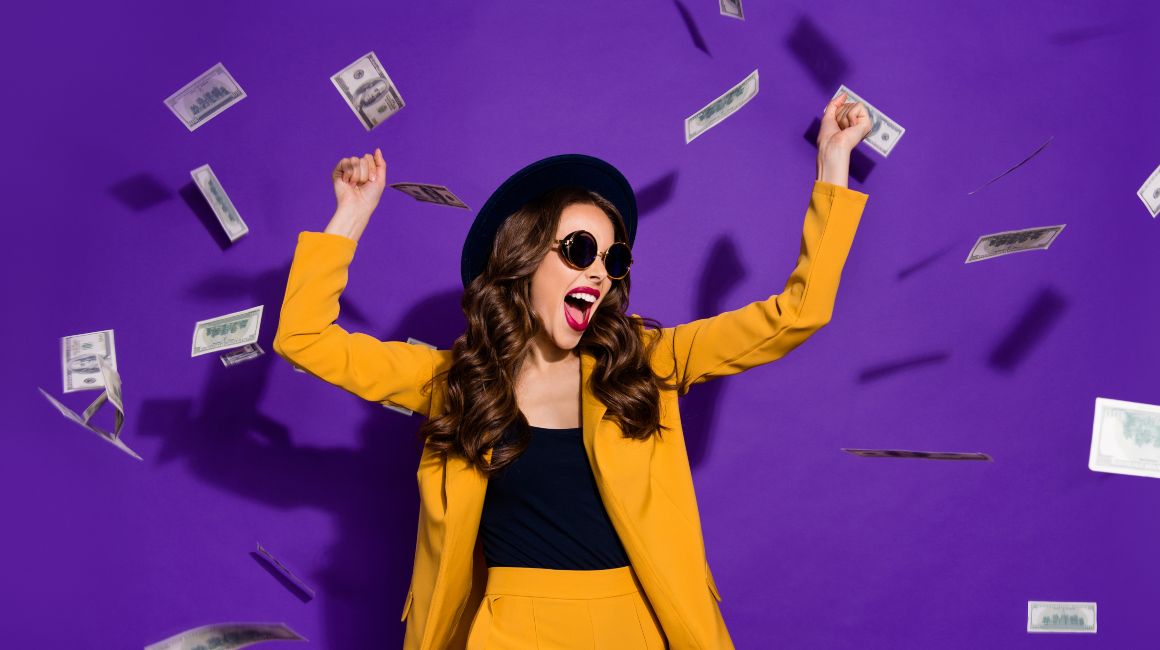