This fall marked the 19th annual homecoming at Davenport University. As a part of this celebration, we honored a special group of alumni that have been awarded Davenport’s 2021 Alumni Achievement Awards. Alumni, faculty, staff, friends and family were in attendance to applaud this year’s awardees as they shared their stories of success under the alumni homecoming tent at the Farmers Insurance Athletic Complex. 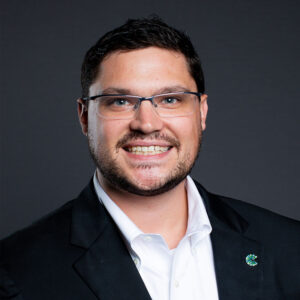 Devin Neu is a first-generation graduate who worked multiple jobs while maintaining a high GPA during his attendance at Davenport University. As he navigated a childhood that was met with many challenges, he continued to strive for success by working toward his business degree on our Lansing campus, graduating with his Bachelor’s of Business Administration. In five short years, Neu has received the National Engaged Leader Award from the National Society of Leadership and Success and is part of the CUNA Lender Development Program and currently works at Community Choice Credit as a lending manager. He continues to proudly hang his DU tassel from his rearview mirror and wears his Panther gear on game days.

Recognizes a young graduate who has earned significant achievements early in their career, has demonstrated innovative and responsible leadership and has successfully engaged in community service 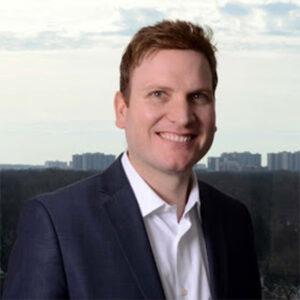 Wesley VanDenburg is the vice president and general manager of Alert Logic and has been recognized both as a leader with Forrester and also as a lead visionary with Gartner. Prior to being at Alert Logic, VanDenburg was part of two cybersecurity companies in which he was an integral part of their development and growth, making them an attractive acquisition by larger venture capitalist organizations. In his personal life, he has volunteered for four years with two Grand Rapids’ homeless shelters. VanDenburg was also the team captain of the men’s basketball team while he attended Davenport. 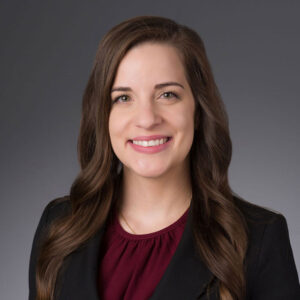 Leyanet Gonzalez has used her degree from Davenport to make an impact in the Florida Keys by supporting the homeless population, primarily those impacted by HIV/AIDS and mental illnesses, as a care coordinator. She is currently in her fourth year of medical school and will begin her emergency medicine residency training in the upcoming year. During her time as a medical student, she has had the rare opportunity to provide care for COVID-19 patients in the ICU, which she credits as an extended opportunity to learn more about the industry, public health and humanity. 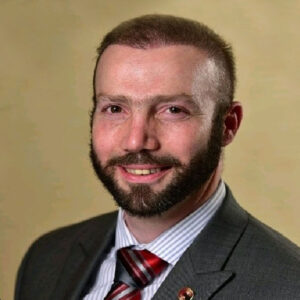 Anas Alkatib is the advisory manager for Deloitte Consulting where he assesses and builds high-level endpoint security programs. His knowledge on cybersecurity and willingness to share it with his colleagues is a point of pride for him. Prior to his time with Deloitte, he was the director of IT security, risk, and network administration with CCI Systems. He also had a career at IBM in Cybersecurity. Alkatib currently teaches at Davenport and established a scholarship at the university that supports women in STEM.

Recognizes a Donald W. Maine College of Business graduate who has shown outstanding professional accomplishments and leadership while remaining engaged in the advancement of the university and committed to public service 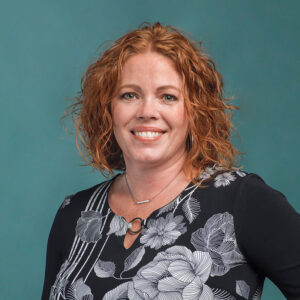 Rebecca Dutcher is a respected marketer and digital marketing agency owner in Michigan. Dutcher’s agency, Red66 Marketing LLC, is a digital agency that solves business problems through strategic marketing. She currently serves as the president of the West Michigan Chapter of the American Marketing Association. She is also a board member for GROW (Grand Rapids Opportunities for Women) and serves on its marketing committee. Additionally, Dutcher is a board member and marketing chair for FSA counseling center and is an advisory chair for Terre Haute Young Leaders. She has also volunteered for the YWCA and Big Brothers Big Sisters.