“It’s the least I can do:” Davenport student 3D prints masks for local hospitals 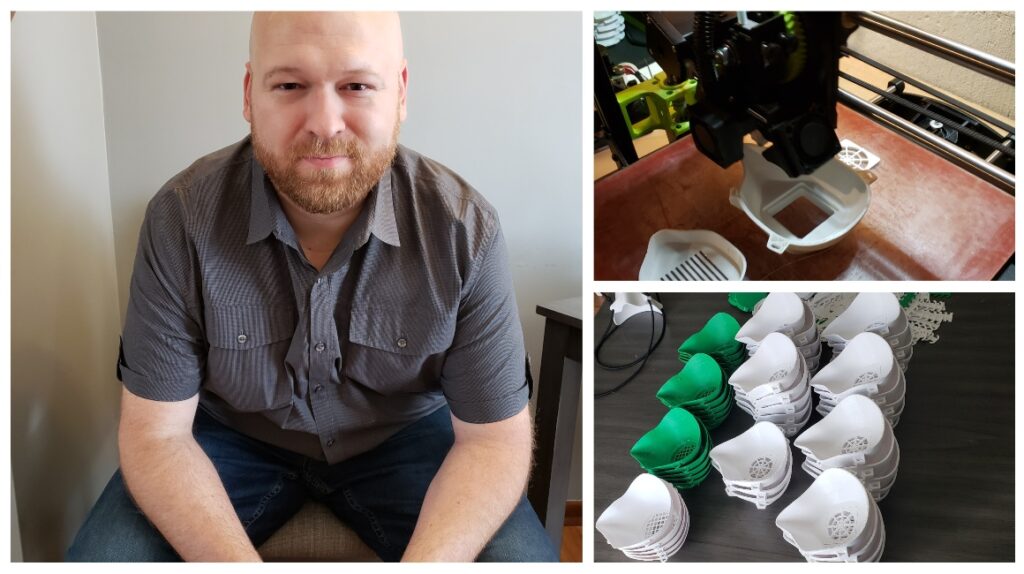 As a Marine veteran who served in Iraq and Afghanistan, second-year Davenport student Josh McCurry, 36, knows a lot about confronting risks. Even so, he feels that what he experienced in the military doesn’t compare with what doctors, nurses and other health care workers have faced on the frontlines in the battle against the coronavirus.

“As a Marine, I signed up to take on that experience — I had a pretty good idea of what I was getting into,” he explains. “But the people in health care today didn’t sign up to fight a pandemic like this. “

The more McCurry read about COVID-19 in the news, the stronger his conviction became that empathy wasn’t enough; he urgently wanted to do something to help. His big “aha moment” came when he realized his skills at making things with a 3-D printer could be put to use creating the N95 masks that are critically important for health care professionals — but are also, sadly, in too short supply.

Starting with a fascination as a kid for how his Nintendo worked — which ultimately resulted in taking it apart and putting it back together again — and through a succession of jobs following his military experience, McCurry has accumulated a wealth of technical expertise. Now working on a Davenport degree in computer information systems to advance his career, he’s also working full-time as an engineer for Ionetix, a pioneering radiopharmaceutical company in Lansing that makes particle accelerators for cardiac imaging. That job became the springboard for his mask-making effort.

With the blessing of his employer, he was able to borrow their 3-D printer to experiment with producing N95 masks from his basement. After researching multiple designs online, he started tinkering, making his own modifications to improve both the performance and appearance of the masks. Several rounds of trial and error later, he perfected a design in early April.

“Since then, I’ve pretty much been churning them out 24 hours a day,” he reports, producing at least two to three dozen new masks each day. 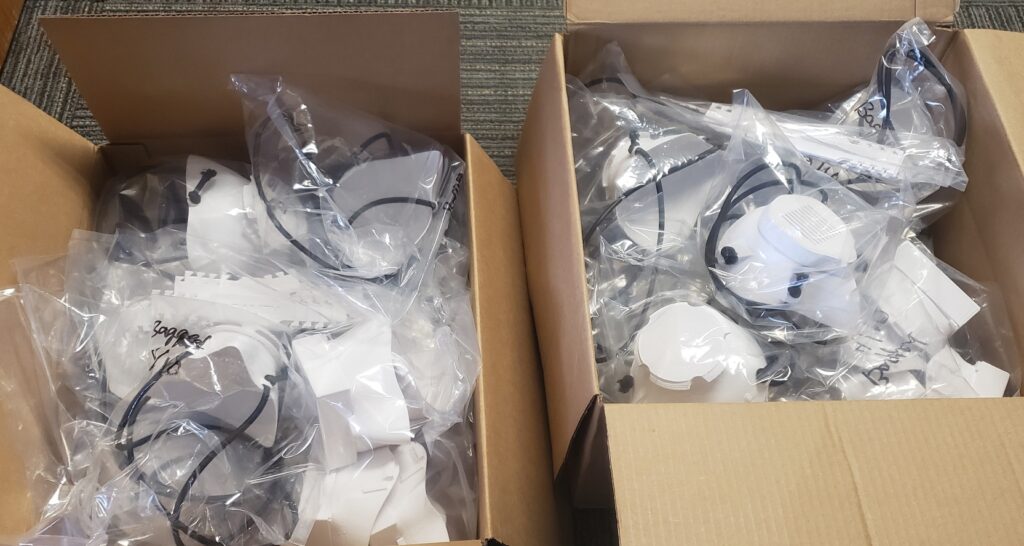 Thanks to his job, McCurry had ready contacts in both the McLaren and Sparrow health care systems. Needless to say, they were extremely receptive to the idea of becoming recipients of the quality masks he was creating.

Equally as impressive as McCurry’s technical skills is his generous spirit of service. When asked if he’s being reimbursed in any way for the masks he’s making, he responds, “Oh my goodness, no. It’s 100% donation. People in health care need these things more than anybody. I am more than happy to sacrifice my time, money, whatever it takes to help them.”

As busy as his life has become — working full-time in an essential industry, taking two classes at night and running a cottage industry in his basement — McCurry still finds time to participate in and promote a student organization he co-founded called Local Maxima, a collaborative, now-online-only group for like-minded STEM geeks.

“I realized in my experience being able to understand how things work on your own is great, but if you have somebody to help you or guide you, then it’s kind of like a shortcut,” he says. “If I can share that experience, then I can watch and help others to succeed and learn more myself.”

As his mask-making continues and word of his everyday heroism spreads, McCurry has been garnering support for his efforts. 3DXTECH, a Grand Rapids company that produces filaments for 3-D printing, donated a large roll of it, and Ionetix has offered to buy the filament McCurry needs going forward. He’s also received donations of the furnace filter material he’s using to produce a more filtered version of the masks. Like everyone making masks to help amidst the pandemic, McCurry discovered that elastic is in short supply. But bungee cord is proving to be a workable substitute.

As long as he can secure the materials he needs and keep the printer running, McCurry plans to keep on producing as many masks as he can.

“With everything people in health care are experiencing, it’s the least I can do,” he says.