Serving on the frontlines: “It’s a calling”

May is National Nurses Month, and this year, it’s a special opportunity to recognize and celebrate all of the nursing professionals who are risking their lives and contributing so much in the battle against COVID-19. Here are the stories of one Davenport nursing student and several nursing alumni who are on the frontlines of care right now.

Matt Lawrence graduated from Davenport’s Midland campus with a Master of Science in nursing degree in 2019. He was working in the intensive care unit of Spectrum Hospital in Grand Rapids when the coronavirus began its quick spread in the New York metro area. “At the hospital, on the news, on social media – everywhere everyone was talking about how hard and fast New York was being hit with it,” he recalls. “I realized this could be an opportunity for me to go there as a traveling nurse, something I’d always been interested in but never pursued. I decided if I didn’t at least apply, I’d probably kick myself later.”

Just a few weeks after submitting his application, Matt is now working the night shift 48 hours a week in the ICU at New York University’s Winthrop Hospital in Long Island, N.Y., where almost all of the patients are seriously ill with COVID-19. Hundreds of miles from home in a new-to-him hospital with new coworkers, he sleeps between shifts in a hotel provided to out-of-state staff. He describes being on the frontlines at the pandemic’s U.S. epicenter as “an opportunity to help people when they need it most.”

“It’s definitely been difficult,” he admits, “but it’s also actually been a positive experience. There’s great teamwork among all the nurses. A lot of us are traveling nurses who came here for the same reason: to help out. Everyone is under the mindset that we are all in this together.”

Of course, even strong camaraderie can’t eliminate the anxiety and frustrations of fighting COVID-19. “The low points are when the whole team is doing everything they can and you’re all trying your hardest to do everything right, but you’re still not getting the results you want – the patients just aren’t progressing the way you would like,” he says. Counterbalancing those stressful experiences, however, are the occasions when patients have made headway and are transferred out of the ICU. “They know they’ve been in a really bad situation and are very appreciative of the care they’ve been given,” reports Matt.

Especially now in this crisis, Matt values the strong base knowledge he received at Davenport, particularly the curriculum’s focus on the importance of teamwork, flexibility and emotional intelligence in addition to mastering all the scientific and technical skills it takes to be a good nurse. His advice to students? “There are so many different things you can do with a nursing degree. Figure out what you want to do with it and then don’t settle for less.”

Junior student and softball player Alexis Koza is working 3-4 days a week at Brookcrest Rehab & Life Center in Grandville, Mich., as a certified nurse’s aide, gaining extra hours and experience after her softball season was canceled.

So far, thankfully, there’s been no coronavirus in the facility, but her job has definitely been affected by it.

“We’re taking more precautions,” she reports. “We have a unit that’s blocked off from the rest of the facility. If we were to have someone who’s positive for COVID, that’s where they would stay. We wear masks on all shifts, and if our residents leave their rooms, they have to wear a mask, too. And we’re also making sure that we’re wiping down all of our equipment, wheelchairs and things like door handles several times a shift.”

A big change for the residents is that family can no longer visit inside the facility. “They can see each other through the windows and talk on the phone, but I think a lot of our residents are getting bored and don’t understand what’s going on. We remind them, but they forget. So that’s sad to see. But we try to keep them busy with activities and by taking them outside when it’s nice.”

She believes that the leadership skills she’s learned as a student and softball player at Davenport are paying off in her job. “It’s important to make sure that you’re taking the right precautions to be a good teammate and taking on something extra whenever you can,” she says. She also advises that the importance of creating good relationships can’t be underestimated. “At school, creating a good relationship with your professors will help you because they’ll see that you’re reliable and putting in all your effort. At work, it’s important to create those same kinds of relationships so that the residents know they can trust you to take care of them.”

For Michaela Tweh, a 2017 graduate from Davenport’s Midland campus, nursing has been a way to fulfill her ambition to travel while working. After a year post-graduation in a residency program as an emergency room nurse at MidMichigan Health, she took the plunge and became a traveling nurse. “My husband is in school fulltime online, so we decided this was probably our last opportunity to do this,” she explains.

Having gained experience at several different hospitals in different parts of the United States, she recently took on a crisis job as an emergency room nurse at East Orange General Hospital in New Jersey, leaving her assignment in Texas to go where there was a greater need during the coronavirus pandemic.

She admits she was initially nervous about putting herself more directly in harm’s way. “But the more I thought about it, the more I felt guilty about not going where people needed us. And it’s been a good experience. The hospital where I work is very concerned about our health as well as everyone else’s, and they have proper PPE.”

Of course, the job is very challenging. “It’s not like a typical emergency room because they’ve got these big filters running. So it’s super loud and chaotic. The ER is full of people who are pretty sick. Almost every single person coming in is testing positive for the virus. I’m wearing this big long suit and an N95 mask, so it gets really hot. It’s hard to completely overcome the mentality part of it and assure myself that, yes, I can breathe and I’m going to be OK.”

Michaela says that Davenport prepared her for her career with more hands-on experiences than many other nursing schools offer. For example, she reports, she’s met coworkers who didn’t start doing IVs until after graduation. In contrast, Davenport nursing students practice IVs frequently on a machine and then have many opportunities to do the actual procedure in clinicals. “By the time I graduated, I was pretty comfortable with it,” she says.

She recommends building on the foundation of a Davenport’s nursing degree by seeking a first job at a hospital that invests in continuing your education. “At MidMichigan, I was able to get a ton of certifications and more education while also working the floor,” she says. “The residency program was a really good place for me to get started.”

A 2018 graduate and former soccer player from Davenport’s national championship team, Jordan VanOostenbrugge says he came to Davenport to play soccer and found nursing along the way. “As an 18-year-old, I was gung-ho to play soccer and beyond that didn’t really know what I wanted to do,” he recalls. “But I’ve always had a feeling that I wanted to help people and make a difference, and nursing was something that really spoke to me and highlighted that.”

Since the beginning of this year, Jordan has been an intensive care RN at Mercy Health St. Mary’s Hospital in Grand Rapids, working in a designated COVID-19 unit. About half of the patients there have tested positive for the coronavirus and are on ventilators.

“It’s been an unprecedented time that can be very stressful, but it’s a learning time too as we take care of these patients and learn about what they’re experiencing,” he says.

For Jordan and the other ICU nurses, the need for stringent adherence to personal protective equipment procedures has added challenges to an already challenging job. “Before we go into a patient room, we have to completely suit up with an N95 mask, gloves and a gown. And once in a room, you can’t just wash your hands and leave if you’ve forgotten to bring something in. Going in and out, you have to properly protect yourself and you also have to properly protect others so you don’t become a mode of transmission,” he reports.

Those high standards of precaution follow him home, as well. He changes all his clothes, keeps his laundry separate and showers immediately after every shift to reduce the chances of transmission to his wife. And even before Michigan’s stay-at-home order, he curtailed his socializing, afraid of being a carrier to someone less able to fight off the virus.

Jordan credits Davenport’s nursing program for preparing him to enter the field immediately after graduation and “hit the ground running.” As challenging as his job has become, he’s glad to be working on the frontlines of care. “It’s a calling,” he says. “As much as it can be stressful and hard, I think it’s also very rewarding and exciting. You get to help people each and every day.”

Recently, the first COVID patient from Jordan’s unit was discharged after being very ill for an extended period of time. The ICU team assembled to cheer him on as he was wheeled out. “It was really good to see him get better and to have been part of that effort with all my co-workers,” he reports.

Thank you, to every nurse

In honor of National Nurses Week, THANK YOU to all Davenport nurses and nurses around the nation who are following their calling to help others amid this unprecedented time.

Are you a Davenport nurse? Share how Davenport shaped your nursing experience with us by emailing your story to ducomm@davenport.edu. 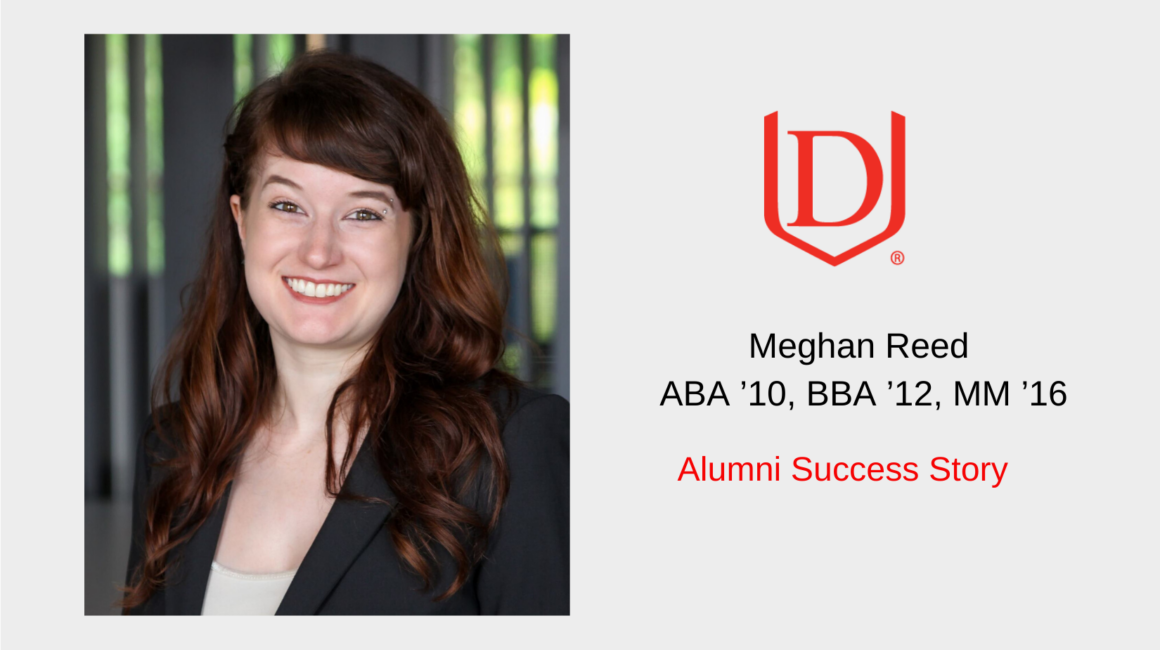 Live your best life as a college freshman living on campus