Nick Reva ‘08 had a relentless drive that did not give him the traditional college experience, but it did land him in Santa Monica, California working for a major tech company, Snapchat. He’s living the life he’s dreamed of with no regrets and he recognizes the stepping stones, influencers and education were all part of his success.

Tell us about yourself. Your family, life, background, interests… 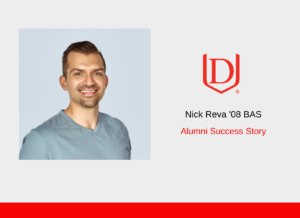 I was born in Belarus and came to the United States with my parents and brother when I was six years old. We moved from New York City to Grand Rapids for my father’s job when I was 13. I attended Union High School, which offered a program called the Cisco Networking Academy. Students at the sophomore level and higher could learn about computer networking. The first two years, you attend classes taught by an instructor and then in your capstone year, you would take classes at Davenport.

Out of the 33 students that started the Cisco program, there were six of us who completed it. It was because of Davenport’s involvement with this program that I decided to go to there for college. I was dual-enrolled at the high school and Davenport University throughout the program, so I looked at what majors I could go into if I continued my education at Davenport studying network security. Part of the program also involved an internship that Davenport helped me secure. Three out of five of us interned at Saint Mary’s in their IT network engineering department. After my internship, two of us continued working as a Junior Network Engineers and taking evening classes at Davenport.

In a nutshell, what do you do?

I am a Security Engineering Technical Manager. I lead technical security programs for Snapchat’s acquired companies and international offices. My day-to-day is comprised of interacting with my partner teams, checking in on programs and projects, hands-on coding/engineering work, overcoming obstacles with my team’s projects and working with our partner teams on their security needs. Every morning, I also read Twitter, which is a great place to go to find out about security news. The security community likes to communicate via Twitter.

I’ve worked at Snapchat for about two years. I graduated from Davenport in 2008 with my Network Security degree after which I moved to Chicago. In 2009, while working at Wrigley as a Security Analyst I entered DePaul University, where I met my wife and married in 2010. I was promoted to Security Engineer in 2011 upon my graduation. In 2014, we relocated to Santa Monica, California where I went to work for SpaceX. After three years at SpaceX, I made the move to Snap, Inc. I still reside in Santa Monica where my wife and I enjoy the weather with our two daughters who are three and one years old.

How long have you worked at Snapchat? What was your career path leading to your current job? Were there any mentors who helped you along the way?

James Placer, who was an adjunct professor at Davenport. He was great because he was able to teach us from his own industry experience. He sponsored the Collegiate Cyber Defense Competition (CCDC) team, which I participated in. CCDC is a computer hacking competition with other universities around the county. During our first competition at Central Michigan University, we took second place, outperforming much bigger schools. James’ mentorship during our competition helped me feel like I was part of something bigger.

Tell me why you picked Davenport University for your degree.

I chose Davenport University because I was not a typical student. I was able to work during the day and take classes in the evening. Many of my dual enrollment and AP classes gave me credit, as well as the CLEP – DANTES tests, which allowed me to test out of a lot of general education classes. Davenport was very flexible and generous in allowing credits to transfer. I actually finished my last two classes online after taking a new job in Chicago. The education I received at Davenport was a catalyst in my career. I have no regrets that I opted out of the traditional college experience.

Tell me about the latest project you worked on in your job that you were particularly proud of at Snapchat.

My team is currently working on a security review for a future version of Snapchat’s Spectacles sunglasses. They have a camera that allows you to take photos and videos while being active, allowing you to be hands-free and not have to stop and take out your phone to capture your activities. It’s the only product of its type in the world at this price point (<$400). It’s rewarding to look back on things you learned 10 years ago that are building the foundation for a team to create something so innovative.

Are you in your dream job? What other accomplishments or next steps do you see yourself doing in the future on your career path?

It is hard to imagine a better place than here at Snapchat. The challenges and opportunities that I am given, the compensation and benefits are all great. They offer a great work-life balance. After my second daughter was born, I found out they give dads two months  of paid paternity leave. I am very happy here. However, I see myself becoming a CISO and later starting my own security product company.

What are you passionate about professionally? Personally?

Professionally, I am passionate about sustainability, innovation and engineering. I get very excited by the opportunity of building technology that helps society have a better quality of life. When building something, you need to ask how is your customer going to benefit from this product. You should make sure you are engineering and building something for the customer and community, not just for yourself.

I’m also passionate about the environment and climate change. I evangelize sustainable topics and do volunteer work to help change the impact that we have done to our planet. Personally, I am passionate about making sure I prioritize my health and time with my two girls. The healthier my wife and I are, the better parents we can be. We want to ensure our girls know how to grow to be happy and have the right hard, and soft, skills and grit to succeed.

What do you do when you are not working – any hobbies, interests, passions?

Traveling. I want to introduce my children to different cultures and countries. We recently went to Europe for two weeks. Now my three-year-old is interested in learning more about the Eiffel Tower and the Leaning Tower of Pisa. She asked if we can go to Japan next. My wife and I both work in the tech industry (she also works for Snapchat!), so we have common interests and attend conferences together. We joke that tech meet-ups and conferences can also qualify as a “date night” for us.

Who inspires you in your work, life, and/or volunteerism?

My father is my biggest inspiration. He came to America with my mother, brother and I, in search of the American Dream. It was a bold move and I consider him a risk-taker. Recently it’s come full circle and I am caring for him since his stroke in 2018. I’m glad I am able to care for him and have him close to me and my family later in his life.

Talk about your family’s values.

My wife and I lead a principled life, focusing on what matters most, which sometimes involves making sacrifices to get to that goal or dream. It might mean not having the traditional college experience, working an eight hour day and then taking four hours of class classes at night, or maybe it means studying really hard without weekends or fun in order to prove you are proficient in your field.

As I got older I became more precise in my goals. I knew when I was 24 I wanted to go to California and be a part of the tech industry out there. In my late twenties, I had a more concrete plan as to how I would get there. My wife and I have found a way to complement each other in our marriage, too. We decided we were going to pull each other along, taking turns in our careers. In essence, leaning in and out of our roles in our careers (e.g. to allow for childbirth) taking turns highlighting each other’s development. Today, we both work at Snapchat with great careers that we owe as much to each other as we do to oneself.

What’s the best advice you ever received?

The mentor I had at a previous job a few years ago told me the best way to stay focused is to write down two or three top-line goals and continue to come back to them for reference. If you put it in writing you keep yourself accountable and when you decide to commit to something do not give up or back away from it.

As someone who gave society and my industry more than I took and helped the next generation. 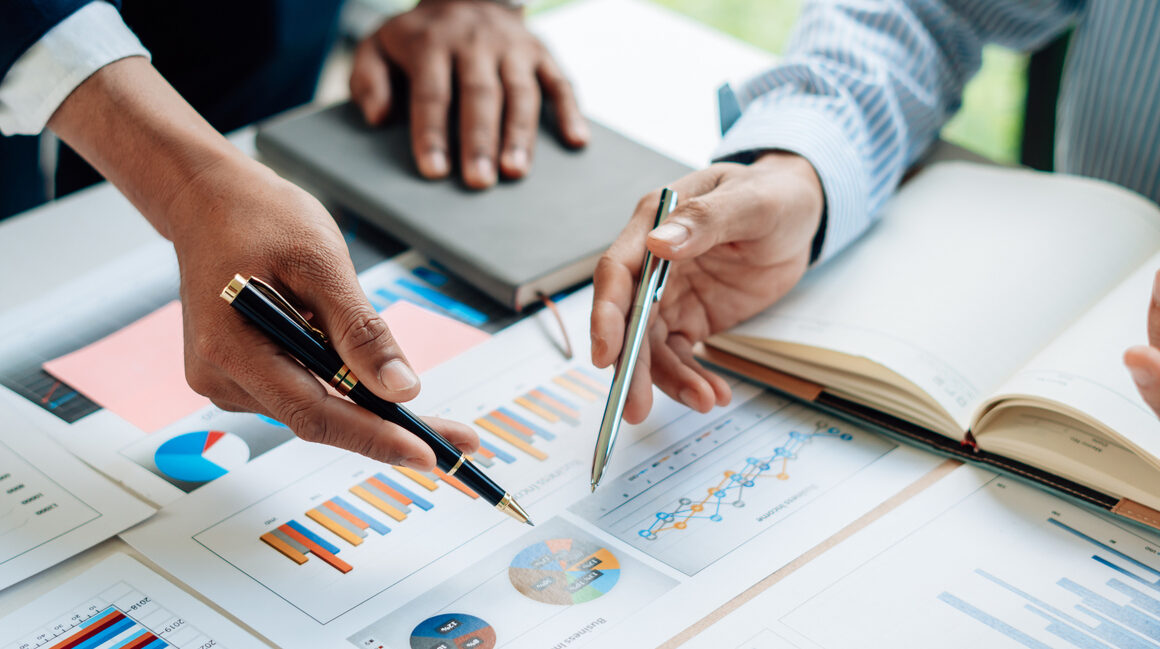