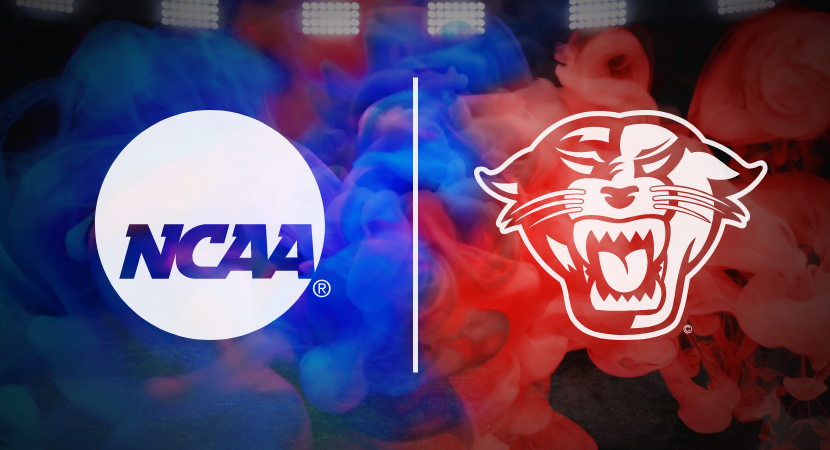 Davenport University has received approval from the National Collegiate Athletic Association (NCAA) for active Division II (DII) membership. The university completed the membership process over the past three years.

“Becoming an active member of NCAA Division II reaffirms our commitment to the academic and athletic achievements of our students,” said Richard J. Pappas, Ed.D, president of Davenport University. “Whether they’re in the classroom or in competition, our student-athletes are held to the highest standards, and Davenport ensures they have the support they need to succeed.”

The NCAA DII philosophy, which places emphasis on finding balance between academic and athletic achievement while taking time to build relationships and participate in the wider community, is directly in-line with the university’s values. This alignment, combined with consistent growth, financial stability, notability in athletics and academic honors, positioned Davenport to successfully pursue NCAA DII active membership.

The university started the membership process in February 2016 and began competing as a provisional member in the Great Lakes Intercollegiate Athletic Conference (GLIAC) during the 2017-18 academic year. The GLIAC includes 11 other member institutions that span across Michigan, Ohio, Indiana and Wisconsin.

“Davenport teams have proved from the beginning that they are competitive at the DII level and will continue to set high standards as full NCAA Division II members,” said Kris Dunbar, commissioner at Great Lakes Intercollegiate Athletic Conference. “Their institution fits well with the GLIAC footprint and we are very thankful they are a part of the league.”

“This acceptance into NCAA DII is a major milestone for the university and a testament to the hard work of the Davenport team throughout this process. We are excited about the future of Davenport University Athletics and the benefits active NCAA DII membership will afford our student-athletes and institution,” said Paul Lowden, executive director of intercollegiate athletics.

“I would like to thank the NCAA DII staff and membership committee, Jill Willson of Double L Consulting, Nancy Mitchell of Strategic Edge Athletic Consulting and everyone at Davenport who played an integral role in our successful transition to active membership.”