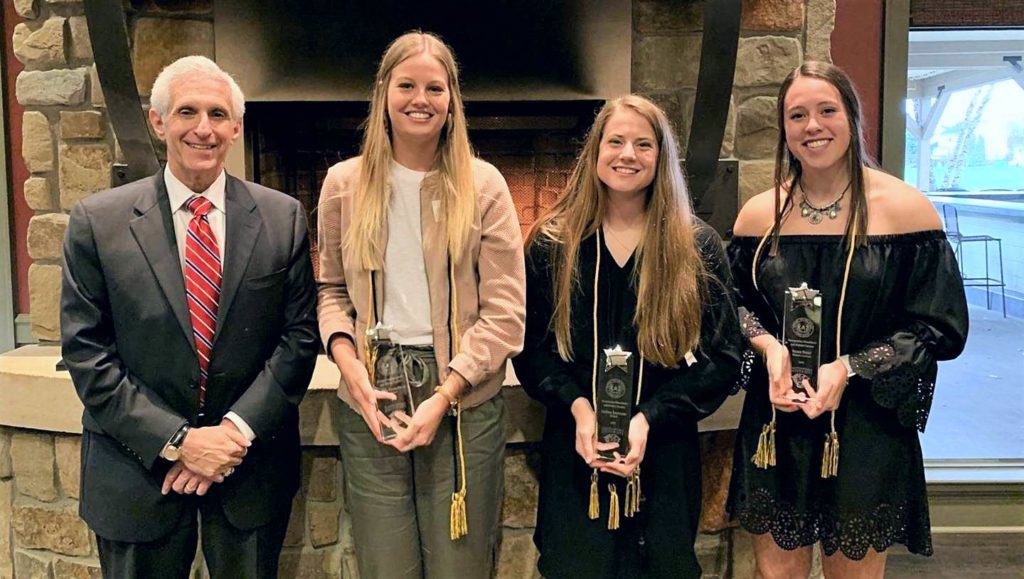 The Davenport University Department of Athletics hosted its inaugural Chi Alpha Sigma induction ceremony on April 18. The induction ceremony and celebratory dinner was held at FireRock Grille in Caledonia, Michigan. Ashley VanderHorst, Ryann Deuel and Mallory Teunissen were honored during the event.

Chi Alpha Sigma is a national honor society for college athletes. It is the first nonprofit organization established to honor student-athletes who excel on and off the field or court. Once inducted, Chi Alpha Sigma members can benefit from their connection with the fraternal association for a lifetime.

The criteria for induction to Chi Alpha Sigma requires that the student-athlete attends a four-year accredited college or university that is a member of the NCAA or NAIA. The honoree also must achieve at least senior academic standing as determined by the certifying institution and a minimum cumulative grade-point average of 3.4 on a 4.0 scale. All three of this year’s inductees have a GPA of 3.9 or better.

Congratulations to the Chi Alpha Sigma class of 2019.