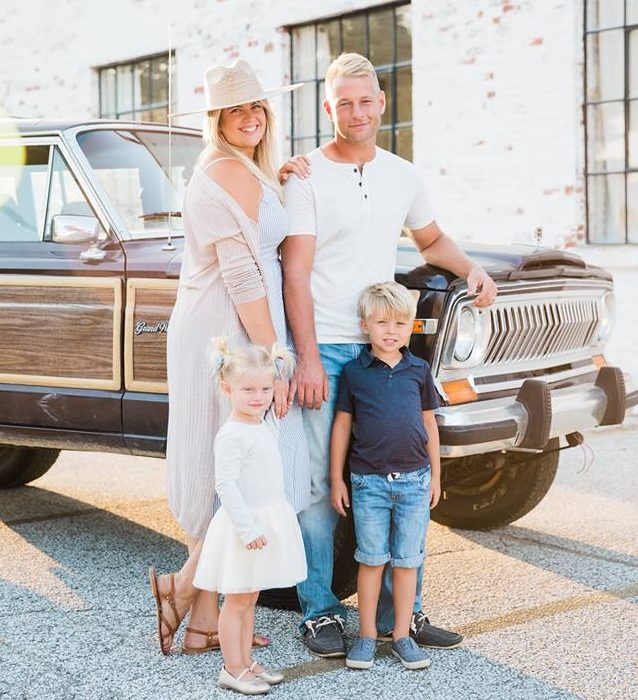 Throughout the week, the DU Alumni Association Facebook page has been sharing Davenport Duos stories in celebration of Valentine’s Day. Take a sneak peek at the love stories below and follow along on the alumni Facebook page.

“Matt and I met competing in the CEO Elevator Pitch Competition in 2009. After thumping Matt in both the Davenport competition and the regional competition, “tall socks” and I hit it off! In college, Matt was a finance major and competed on the Davenport Men’s Bowling Team, while I majored in business management and competed on the Women’s Lacrosse, Volleyball, and Track and Field teams. We had such a wonderful experience at Davenport, meeting and creating so many friendships. We continued dating until 2011, when we married and settled in Allendale, Michigan. Both having entrepreneurial hearts and as graduates of Davenport University, Matt and I started business endeavors together and are very grateful for our Davenport experience. We also have two beautiful healthy children.”

“My husband Tony and I met at Davenport University in chemistry class in January 2012. As ironic as that is. We started nursing school together next fall semester and started dating later that year in May 2013. Our dating relationship consisted primarily of studying nursing school materials together, cramming for tests, writing care plans and research papers. We then got engaged in December of 2014 and graduated nursing school in 2015. Tony and I will be married three years this January! We are both working at Mid-Michigan Health in Midland. He works in neurosurgical and I am currently working in medical oncology.”

“My husband Tim and I met freshman year at Davenport in 2014! We lived across from each other in South Hall and both participated in InterVarsity Christian Fellowship. We started dating in 2015 and got married in 2017! Tim graduated in April 2017 with a bachelor’s degrees in network security and network management and design. I graduated in April 2018 with a bachelor’s degrees in nursing and healthcare case management! Tim works as a systems administrator for Greatland Corporation in Walker and I am a nurse at Blodgett Hospital. We spend a lot of our spare time hanging out with friends (who are almost all DU alum) and going disc golfing in parks around Grand Rapids.”

“We’ve known each other for nearly twelve years and actually met at the former Saginaw campus. At the time, I worked in the library and Vic was a newly hired adjunct instructor in technology. Though we chatted many times, we still ended up losing touch over the years once I left to work at the Flint campus. Vic remained in Saginaw. Fortunately, we reconnected again in 2015 having finished our respective MBA degrees during the same semester. By 2017, we dated briefly and decided to get married in October that same year. I now work as a library specialist at the Midland campus and Vic is a software developer by day and adjunct instructor for DU by night. We have two beautiful girls and love spending time as a family and going on adventures together.”