Davenport University grateful for decades of support from Richard DeVos 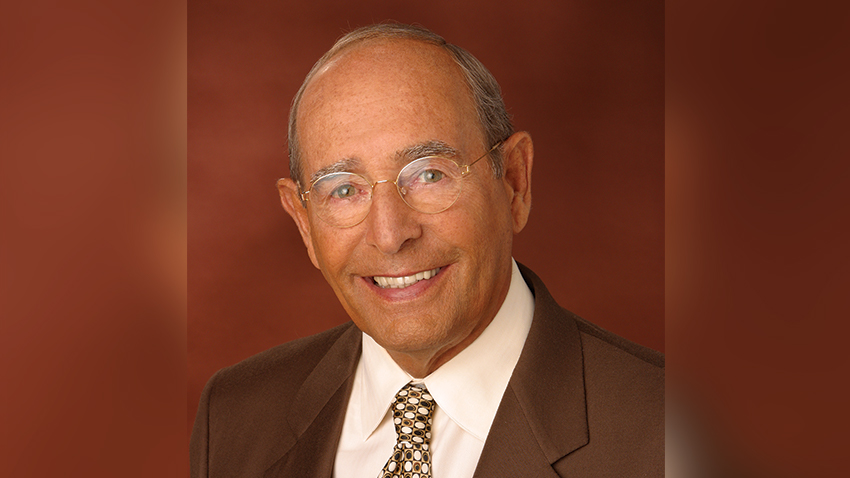 On Thursday, September 6th, Rich DeVos, Co-Founder of Amway, and Senior Chairman of the Orlando Magic, died at age 92.  He was also a longtime friend and supporter of Davenport University.

Rich DeVos had several connections to Davenport.   His mother attended Davenport College in the early years of our history.  He took a Dale Carnegie course here many years ago.  The Richard M. DeVos and Jay Van Andel Academic Center at Davenport was the first structure to be named for both co-founders of Amway Corporation, recognizing the generosity of these two philanthropists.  Rich received Davenport’s highest honor, the Peter C. Cook Excellence in Business Award, in 2000.

Most recently, he served as the Honorary Campaign Chairman for Davenport’s capital campaign Inspiring Minds, Igniting Careers, Investing in the Vision.  In agreeing to serve, Rich made this statement:

“For nearly 150 years, Davenport has excelled in developing graduates who contribute immediately to the success of their employers. I have been proud to contribute to Davenport’s past successes and I am excited to support the university today as it achieves even greater outcomes.  Davenport is committed to evolving in ways that will prepare students for a future that looks far different from today.

Davenport’s “Investing in the Vision “campaign and its focus on inspiring minds and igniting careers is exciting.  This campaign is a vital component in Davenport’s plan to transform education and foster entrepreneurship – two areas close to my heart – while tapping into more of Michigan’s potential by expanding access to its education.”

The Richard and Helen DeVos Foundation was a significant donor to this campaign.

“Our thoughts and prayers are with the DeVos family as they mourn the loss of their father, grandfather, and great-grandfather,” said President Richard J. Pappas.  “Rich was a true leader in our community, on his own and at the side of his wife, Helen who passed away last year. His support for health, education and the arts has touched nearly every person in West Michigan in some small or large way, including Davenport University.   We will miss Rich, but we know that his legacy shines on in the many lives so greatly enhanced by his generous spirit.“