Cooking up a passion for business: The ingredients for success 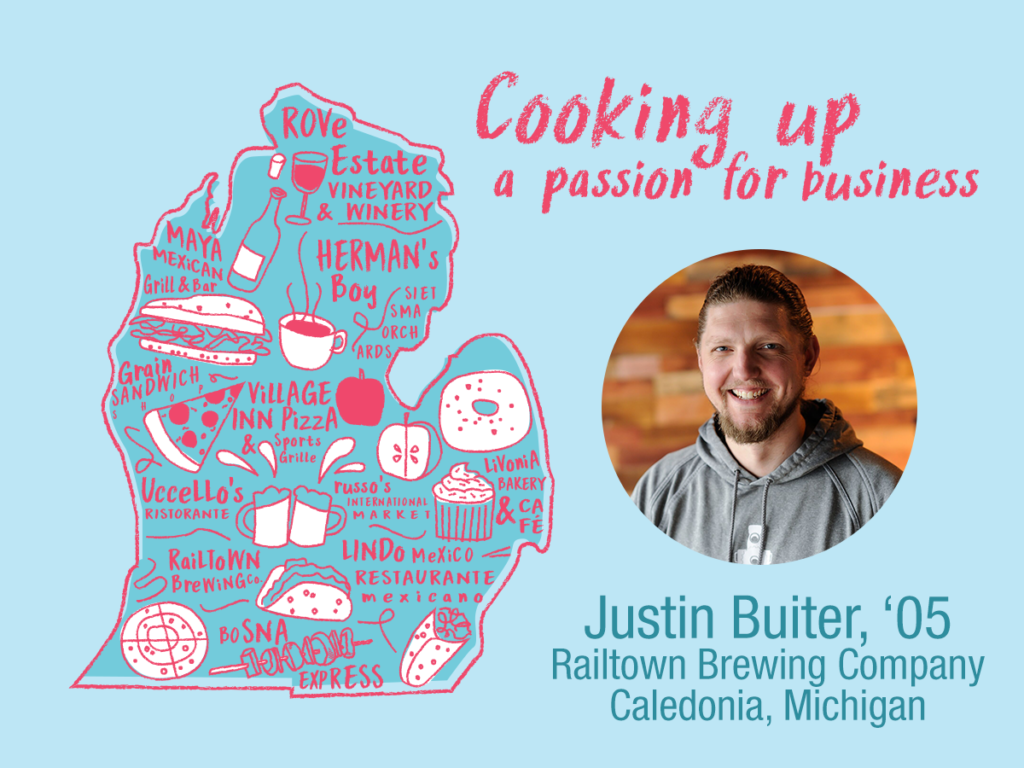 “Fifteen years ago, if you were to tell me I would be a brewer and a brewery owner in Dutton, I would have never believed you,” Buiter said.

“My colleagues introduced me to beer,” Buiter said. “I don’t think I had my first beer until I was 23. After work, we went to happy hour at HopCat. I started with coffee beers, then transitioned to dark beers then to IPAs.”

His colleagues also sparked his transition from drinking beer to making beer.

“I was the only one with a gas stove at home,” Buiter said. “Over Christmas break, a bunch of the guys came over to make beer. I was hooked.”

Jokingly, Buiter and his co-worker, Gim Lee, often talked about starting their own brewery.

“I was having a bad day at work,” Buiter said. “I instant-messaged Gim and asked if he was still interested in starting the brewery. And two months later we approached the township with our business plan. We are now co-owners of Railtown.”

Initially, the intent was to continue working their day jobs and work at the brewery at night and on the weekends.

“We opened and sold out of our beer in two weeks,” Buiter said. “We needed to commit to this. We quit our day jobs and took major pay cuts to make beer.”

Justin’s ingredient for success lies in his passion.

“If I were in this business to make money or for reasons other than just loving what I do, I would have given up a long time ago,” Buiter said. “But it is more than just the beer. Being an entrepreneur is all about the impact you make in the community.”

Railtown is expanding its operations and opening a full-service taproom.

Read each story in this series: