Cooking up a passion for business: Creative freedom 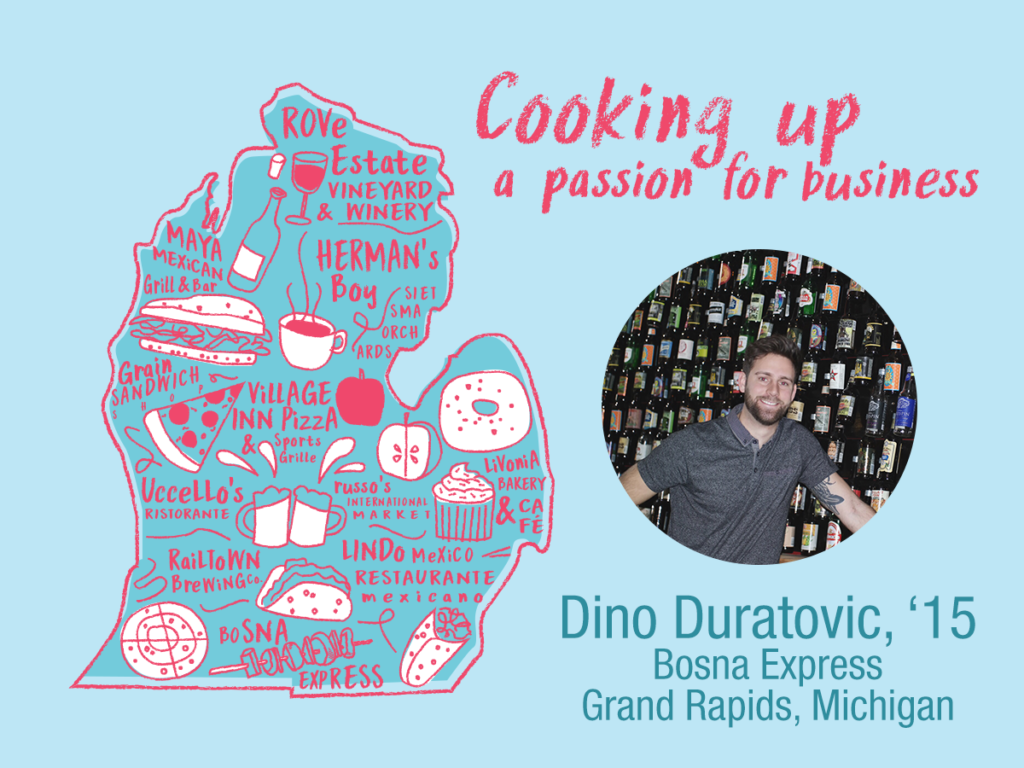 Dino Duratovic, ’15, has a passion for being an entrepreneur that stems from his parents and their ambition to own a business.

“My parents were immigrants from the former Yugoslavia. Unfortunately, a civil war broke the country apart, causing my parents to flee,” Duratovic said. “My parents were extremely grateful for what the United States provided them, which was an opportunity to start a new life and for them to be safe.”

Duratovic’s father, Damir, was a factory worker when they arrived in 1995, but did not enjoy it. He dreamed of starting a restaurant — one that served a unique flare of European-style foods. And after nearly 18 years of learning from his father, Dino and his brother, Denis, took over Bosna Express in 2015.

“My passion for this industry really stems from the creative freedom it provides — from menu designs to floor plans, room ambiance to the food plating itself,” Duratovic said. “But, there is definitely more to the restaurant industry than food. The industry is all about numbers and budgeting them out correctly to be successful, which can make or break you. Having the right balance between business and creative freedom makes me love what I do.”

As a former member of DU’s men’s soccer team, Duratovic likes competition. It makes him a natural fit for entrepreneurship and the restaurant industry.

“I learned so many wonderful leadership skills during my time at DU,” Duratovic said. “I had a great role model, Chris Hughes, who is the men’s soccer coach, who really sets a path to follow and prepares his athletes for the real world. It also helped me to evolve as a person and learn how to communicate with different personalities. I am always evolving and learning.”

Read each story in this series: