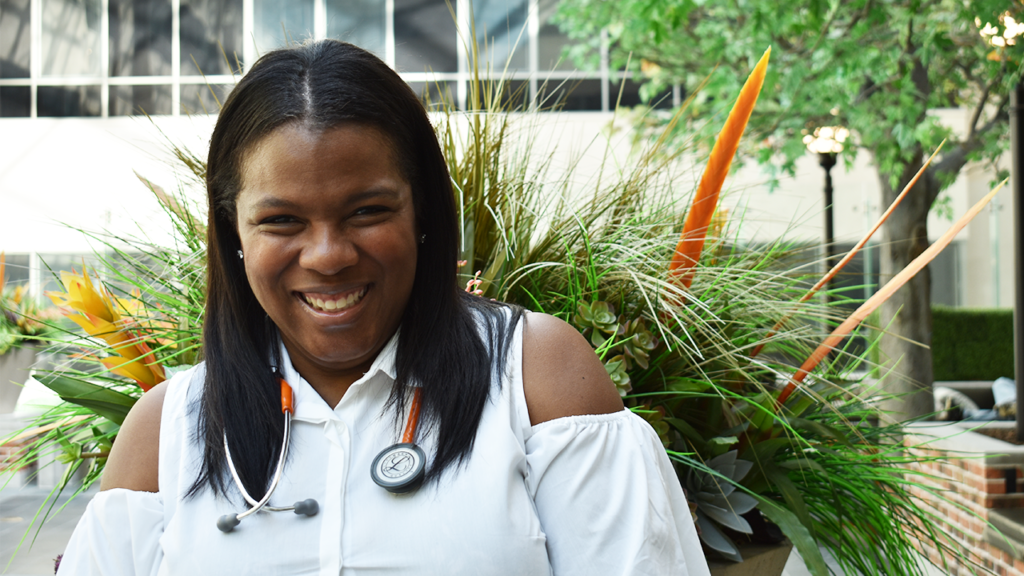 There is one patient that Michelle High, ’16 BSN, will never forget.

“I walked out to the waiting room to greet the family of a patient who just transferred to my floor,” High said. “I was greeted with somber, crying faces.”

The family received unfortunate news. Their mother was given three months to live.

Yet, the 80-year-old patient was spunky and happy. 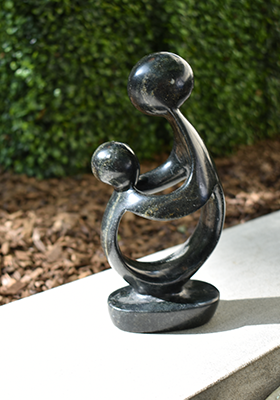 “The patient was asking about her hair and makeup,” High said. “I knew I had to help the family grieve in a way that made her feel supported and loved.”

High began giving orders. She told a family member to leave to buy the patient red nail polish from CVS. She asked others to fetch her wig and find her shoes.

“We are going to make your mom feel at home,” she told the family.

She thought she would be written up for her frankness.

After six months on the job, High received an email from the vice president and chief nursing officer of Beaumont Hospital – Royal Oak.

“I have received dozens of letters about you,” the vice president said. “Remember that patient you recently treated? You know, the one where you told the family to go to CVS?”

High said the vice president explained that her actions showcased her ability to lead and build the trust she needed with the family to provide the best care for their mother. She also shared that High was to be honored with a 2017 DAISY Award for Extraordinary Nurses.

The DAISY Award is an international recognition for outstanding nurses.

“I was in shock,” High said. “I knew about the DAISY Award and saw the large display in the lobby, but I didn’t think that after only six months on the job that I could earn such a prestigious award.”

In the summer of 2017, High was honored with the award and received the “The Healer’s Touch” statue, symbolizing the relationship between nurses, patients and families.

“You can plan your life as much as you want,” High said. “But it is not until your heart directs you that you will find your purpose. I found my purpose in nursing thanks to Davenport University.”

Discovering a passion for nursing

Nursing wasn’t High’s first career choice. After she closed her restaurant in 2011, she was looking for her next step. When a friend encouraged her to take an online career test, the results followed a pattern: nurse, healthcare leader and director of nursing.

She knew enrolling in a nursing program would mean starting fresh at 38 with a busy, active family. But her decision was solidified after meeting a Davenport student at a restaurant.

“I was eating lunch at a Starbucks and the lady at the table next to me was vigorously studying her nursing books,” High said. “I asked her where she went to school and she said Davenport University. We talked for 30 minutes about how much she loved the program and she encouraged me to apply.”

High drove home and immediately applied to Davenport. She began her courses at the Warren Campus shortly thereafter.

“I absolutely loved my time at Davenport,” High said. “The hands-on, personal learning and teaching at Davenport prepared me for situations like the one I had with that family. Davenport goes beyond the classroom materials and teaches information you would encounter in real-life situations.”

High’s cohort included about 40 people, which she described as a big family. The professors knew the names of their students’ children.

While going to school full-time and raising a family, she worked part-time as a housekeeper, nurse aide and nurse technician at Beaumont.

“It is so hard to get into the hospital,” High said. “I had to start from the bottom and work my way up. I wouldn’t be where I am today without Davenport.”

High graduated at the top of her class with honors in the spring of 2016 and earned a spot in the Beaumont Graduate Nursing Program as a gastrointestinal nurse. She now works as a nurse in the emergency department where she earned her trauma nursing core certification.