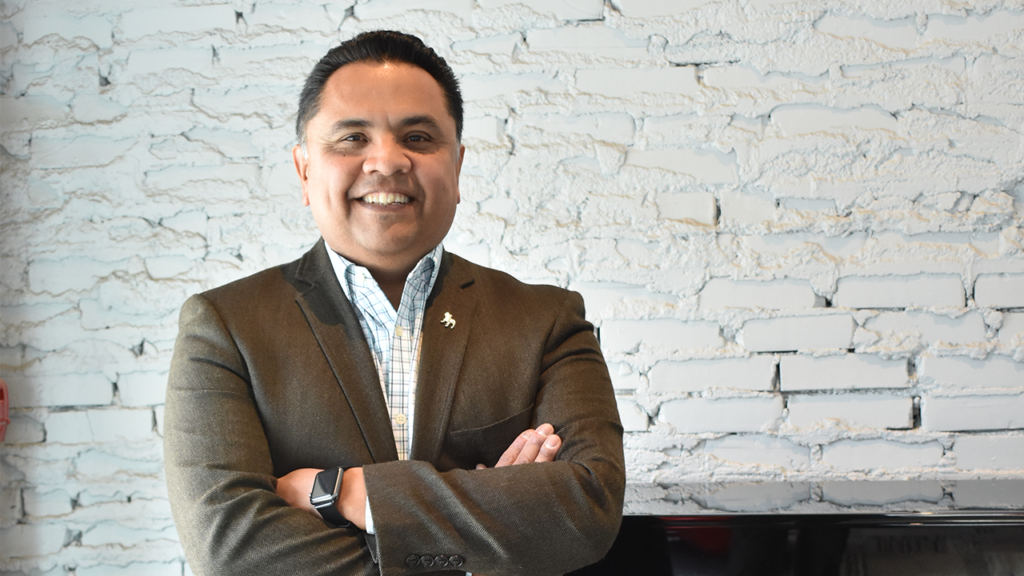 Carlos Sanchez, ’01, identified a need for emerging Latino leaders in the community when he began as director of the West Michigan Hispanic Chamber of Commerce in 2013.

“I was constantly being asked by young Latino professionals about courses, books, workshops, TED talks and anything that would help them in their professional development,” Sanchez said. “I felt there was an immediate need to provide a service or program for these people.”

Sanchez, along with a partner, created the Latino Talent Initiative — a leadership development program. The initiative received a $50,000 grant to help launch the program in conjunction with Ferris State University. He is now director of the Latino Business and Economic Development Center at Ferris.

He says his role is a perfect combination of two of his passions – Latino talent development and business.

Sparking passion
An experienced businessman, Sanchez has long been attracted to education since uncovering the need to help aspiring Latino leaders. The Latino Talent Initiative has trained and graduated more than 60 young professionals since launching in 2013.

“We encourage the leaders of the program to find areas of growth and opportunity within their community and come up with an idea to make it better,” Sanchez said. “Many of our graduates run for public office, volunteer on community boards and create projects that impact their communities.”

Sanchez’s ability to spark passion among fellow Latinos in the greater Grand Rapids community is a ripple effect that can be felt throughout the state.

Inspired by the program, one graduate ran for East Grand Rapids City Council, one was appointed to Godfrey-Lee Public Schools Board and one serves on the City of Grand Rapids Planning Committee.

The program also educates participants on how to address cultural biases in their workplaces as well as microaggressions.

Starting his journey
Sanchez, who was born and raised in Mexico City, knows the importance of creating a culture of openness and developing multicultural workplaces.

During his second year at Universidad Iberoamericana, Sanchez earned a hospitality management internship with Club Med. He signed up for a six-month assignment in Ixpata, Mexico, which turned into an opportunity of a lifetime.

He traveled the world as an operations travel agent — moving to the Bahamas, Florida, Dominican Republic, North Africa and Europe every few months.

Sanchez’s last Club Med assignment was in Cancún, where he ventured out of travel agency work into time-share sales. “My wife, Lynne, was working at the same place,” Sanchez said. “We worked there for another three years before we moved back to Grand Rapids, her hometown.”

After moving to Grand Rapids, Sanchez completed his degree in International Business at DU. In 2016, he received the Donald W. Maine College of Business Alumni Award.