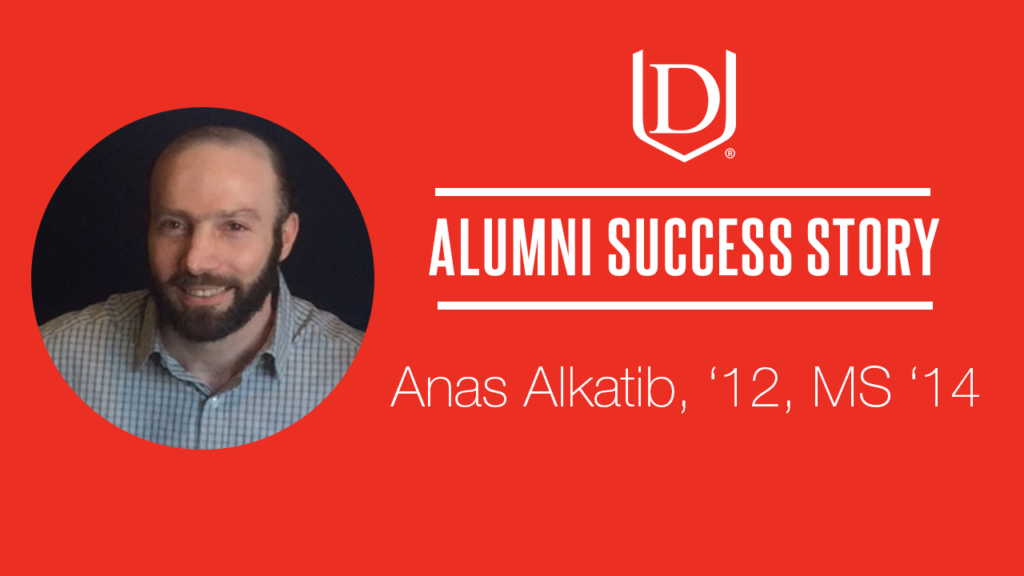 Anas Alkatib started a scholarship to honor his daughters. Learn how this director of IT security risk and network administration wants to create opportunities for women in technology in southeast Michigan.

Tell us about yourself!
I’m originally from Iraq. I moved a year after I was born to UAE (United Arab Emirates). I lived there until the Gulf War, then had to move to Yemen, and then finally myself and my family moved to the United States at the age of 18. It was my dream as a child to become a doctor, specifically a dentist. After I realized I would be in school for 11 years, I decided to change my focus. I loved IT, and I excelled in it — from a desktop support person to a system/network admin to cybersecurity and now a director. I worked at The University of Michigan Health System (UMHS), ADP, HP, IBM, and now CCI, but my best job was as a Department of Defense contractor, working for the “best of the best” in the Army Special Forces and Navy SEALs. I was deployed for almost five years in Iraq.

After I returned, it became apparent how important a college degree was for my next career step. I earned two of my degrees from Davenport University — my bachelor’s and master’s degrees. I worked at HP as a senior networking engineer, IBM in the security department and worked part-time at DU teaching an introduction to networking and math classes. Today, I am the director of IT security risk and network administration for CCI systems, and because I have a have a passion for teaching, I’m also a lecturer at Eastern Michigan University teaching risk management and information analysis.

What inspired you to start a scholarship at Davenport University?
I started Al-Andalus, an endowed scholarship, at Davenport University for women in technology in southeast Michigan for a few reasons. First, I want to pay it forward and support more women in technology and information security. This field needs diversity in thought, perspective and analysis. Secondly, I have twin daughters and I want them to know about the possibilities in the technology field. Plus, I had a great experience at Davenport and this is my way of helping and giving back. And last, to leave a legacy, the meaning of Al-Andalus was the Islamic name for the city of knowledge, a beacon of learning.

Tell us about your college journey.
I come from a family of doctors and high achievers. My father was a doctor in United Arab Emirates Air Force from 1979-1991. Out of my five siblings, I was the only one who didn’t pursue a college degree after high school. At the end of 2009, my mother had a recurrence of breast cancer. She was told she had three months to live, so I quit my job to take care of her. All she wanted for me to do was finish my bachelor’s degree. When my mom challenged me to get my degree, my life changed. In the fall of 2011, I took 22 credits, which ended up being seven classes. I was like Superman. With all that hard work I was able to finish my bachelor’s in computer networking in a year and a half with a 3.6 GPA!

What was your experience like a Davenport University?
I had a great experience at Davenport. The instructors, the advisors and enrollment were all great, they took the time to assist me and helping me not only picking but also saving money as well. The main reason that I chose DU was because it had specific classes that met the needs of the industry I wanted to pursue which were the Bachelor in Networking and the Master in Information Assurance and Security without tacking on irrelevant classes that do not relate to my degree.

What do you do in a nutshell?
As the director of IT security risk and network administration for CCI systems, I look at the position of the organization as a whole and analyze risk and security gaps and make sure my team is on top of issues. My job is to make sure CCI systems’ are secure and resilient.

What is your dream job?
I dreamed of becoming minister of communication or director of security for a global company. While at Davenport I joined the National Society of Leadership and Success where we had to dream big and write down our future goals. I never thought I would be here today, but now, six years later I have achieved my goal thanks to the support of my amazing family and friends.

What advice do you have for someone in similar shoes?
I want to encourage everybody to get a degree because I was making really good money with the DOD. I didn’t have regards for a degree but a degree will pay off. For some companies, it is just a checkmark on the application, but for more it truly opens doors to opportunities.