DU professor’s biometrics research has implications for security and databases 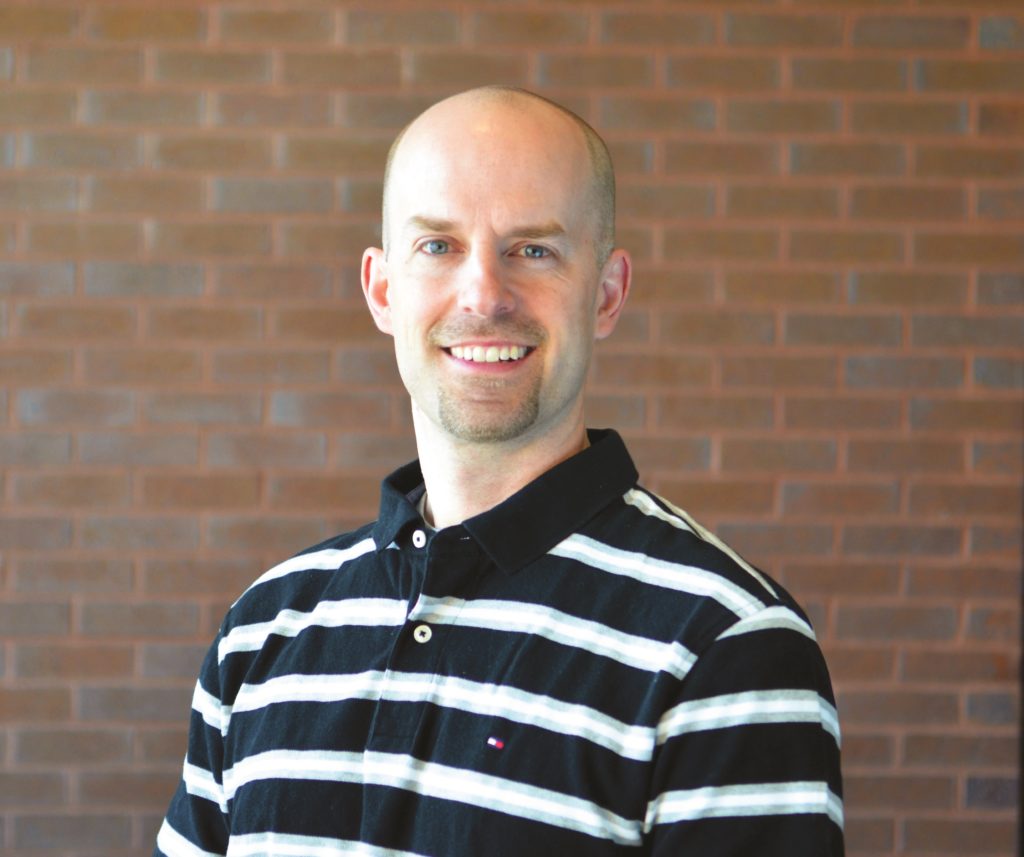 Biometric systems are used to recognize the identities of people, often based on their face, fingerprint or even their iris (the colored portion of the eye).

Denton Bobeldyk, a Computer Science professor at Davenport University, researches and teaches biometrics. His recent research examines the prediction of eye color and sex using Near Infrared Ocular images. With a 91 percent prediction accuracy, Bobeldyk’s research has a variety of applications for any government or corporation using Iris Recognition Systems.

“An iris biometric system uses the colored portion of the eye to perform person recognition,” he said. “It is also possible to predict attributes, such as gender and ethnicity, from the iris. The research is significant as it is the first paper to predict eye color from a Near Infrared Ocular image.”

“Iris Recognition is typically used for access control systems, a system that is used to gain access into something,” Bobeldyk said. “For example, they are used for low risk travelers entering the U.S. and Canada as part of the NEXUS program. The U.S. government also used this system to identify people in Afghanistan. They would have mobile iris readers and use them to let people enter the green zones by verifying their identities. India has over 1 billion people and every single person is enrolled in their national biometric system.”

Bobeldyk works alongside Arun Ross, a Computer Science and Engineering professor at Michigan State University, to complete this research. Their research has implications beyond security.

“If we can extract attributes from the images, then we can glean aggregate demographic information from biometric databases that have been collected,” Bobeldyk said. “Some examples would be determining the percentage of men or women in certain populations. We also can use it to index a biometric database, which can increase performance. If we know the sensed image is from a male, then we can just search the male images instead of both male and female.”

Bobeldyk recently presented “Predicting Eye Color from Near Infrared Iris Images” in Australia at the International Conference on Biometrics and received the “Best Presentation Award.” He also presented related biometrics research, “Iris or Periocular? Exploring Sex Prediction from Near Infrared Ocular Images,” in Germany at the 15th International Conference of the Biometrics Special Interest Group.