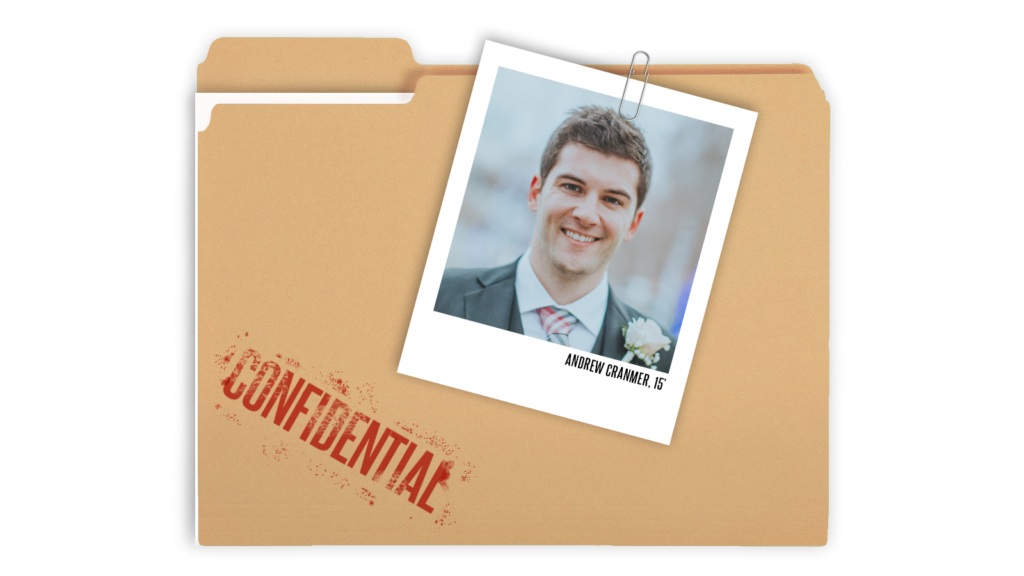 October is National Cyber Security Awareness Month (NCSAM). NCSAM is an annual month-long event created to increase cybersecurity awareness and prevent online security problems. The event also highlights a mission to ensure that everyone can engage in a safe, secure and resilient cyber environment.

Davenport University is on a mission, too. It is working to train the nation’s next wave of cybersecurity professionals to help fill a major cybersecurity talent gap.

“With a large number of open positions and growing security attacks, the need to strengthen and address the cybersecurity talent pipeline is more important than ever,” said Dr. Richard Pappas, president of Davenport University.

And students are taking advantage of the university’s programs to land jobs in cybersecurity. Andrew Cranmer, a Davenport University alum who graduated in 2015 with a Bachelor of Science degree in computer science, is just one example. Here’s how Cranmer used what he learned to launch his career.

You need national clearance to know what Cranmer is working on for the Department of Defense in South Carolina. That’s because many of his duties are classified due to national security. Cranmer mainly works on projects relating to machine learning, computer vision and biometrics — similar to the courses he completed at Davenport as a computer science major.

While many of the details about Cranmer’s job at the Space and Naval Warfare Command System Center (SPAWAR) in Atlantic Branch are classified, his general role is as a computer scientist.

“Basically, if a project comes up that needs a computer scientist who has skills in machine learning, computer vision, biometric security or similar areas, I can be pulled into the project,” he said.

Cranmer, who is from Belding, Michigan, said his concentration on biometrics at Davenport University set him apart from the crowd and helped lead to his current line of work. He credits one of his professors for his early success.

“Growing up, I had absolutely no idea what I would do – until I got to Davenport,” he said. “As I got further into my program, I really started to enjoy it. Then I started questioning what I could do with the degree and found a mentor in Denny Bobeldyk.”

Bobeldyk, assistant professor for Davenport University’s College of Technology, encouraged Cranmer to apply for what would become a life-changing scholarship: the Department of Defense Information Assurance Scholarship Program (DoD IASP). Today, a similar scholarship exists for Davenport students in the CyberCorps(R): Scholarship for Service (SFS) program.

Both of these programs are highly competitive national scholarships for students attending a National Center of Academic Excellence in Cyber Defense as recognized by the National Security Agency and the Department of Homeland Security. Davenport was one of the first institutions to receive this designation and is one of only nine schools in Michigan to hold this designation.

Initially, Cranmer didn’t think he had a chance at winning and felt daunted by the long application process. With Bobeldyk’s help, however, his confidence grew. He wrote about his studies in biometrics because Davenport was one of only a handful of schools in the nation that offer the program.

“I would tell students to not let fear keep them from doing things,” Cranmer said. “Apply for everything. This opportunity shaped my whole career.”

Though he is proud of receiving the DoD IASP scholarship, he said it also was scary to accept because the opportunity meant that he could be sent anywhere in the world to work after completing his degree. Cranmer feels fortunate to be stationed in Charleston, South Carolina, where he can enjoy warmer winters and a new culture.

“Coming from Belding, Michigan, I hadn’t really ever been away from home,” he said. “It was nerve-wracking to pick up and move 1,000 miles away all by myself.”

Cranmer, who worked as a resident assistant for two years and played rugby for three years at Davenport, continued his pursuit of higher education. He has now completed master’s coursework at Southern Methodist University.

He said he enjoys the tangible, hands-on work at the DoD. However, his ultimate goal is to become a CIO or CTO — moving into a leadership and management role after he gains enough experience in the technical aspects of the computer sciences world.

If you’re interested in learning more about Davenport’s computer science or cybersecurity programs, you can find information on the College of Technology here.

The DoD IASP was sponsored by the National Security Agency under Grant Agreement Number H98230-17-1-0366. The United States Government is authorized to reproduce and distribute reprints notwithstanding any copyright notation herein.