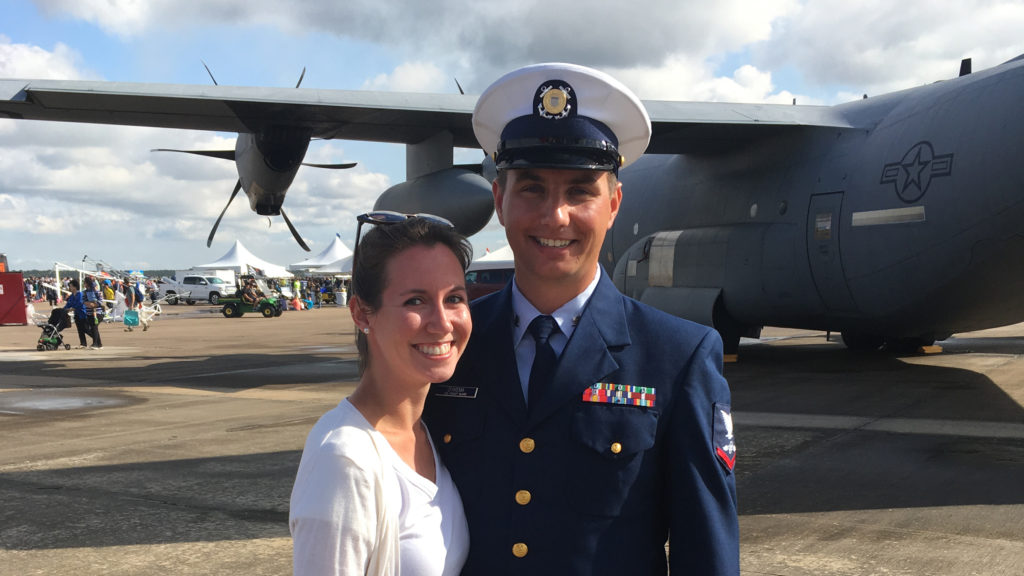 After Hurricane Harvey made landfall and Texans were climbing to their rooftops for rescue, Davenport University alumnus Eric Dykema, ’13, worked endless hours to ensure the U.S. Coast Guard’s helicopters were ready to take flight and save lives.

The Grand Rapids native enlisted in the U.S. Coast Guard months after graduating in May 2013 with a bachelor’s degree in Information and Computer Security.

“I had a job offer waiting for me once I got out of school where I had been an intern for two years,” he said. “But I was only 22 and not ready to sit behind a desk.”

Dykema had been at home with friends when Hurricane Harvey made landfall. He left for the Houston air station as the hurricane intensified and the roads began to flood.

“I made it in around lunchtime Sunday,” he said. “There was a small break in the rain and I was like, ‘This is what I signed up for. I have to go. I have to get there.’”

Before leaving his home, Dykema handed his wife a flashlight and a saw, telling her to take the dog to the rooftop for rescue if their home flooded.

“I told her to go to the attic and cut a hole to get on the roof. From there, she could call me and I’d come get her with a helicopter,” he said. 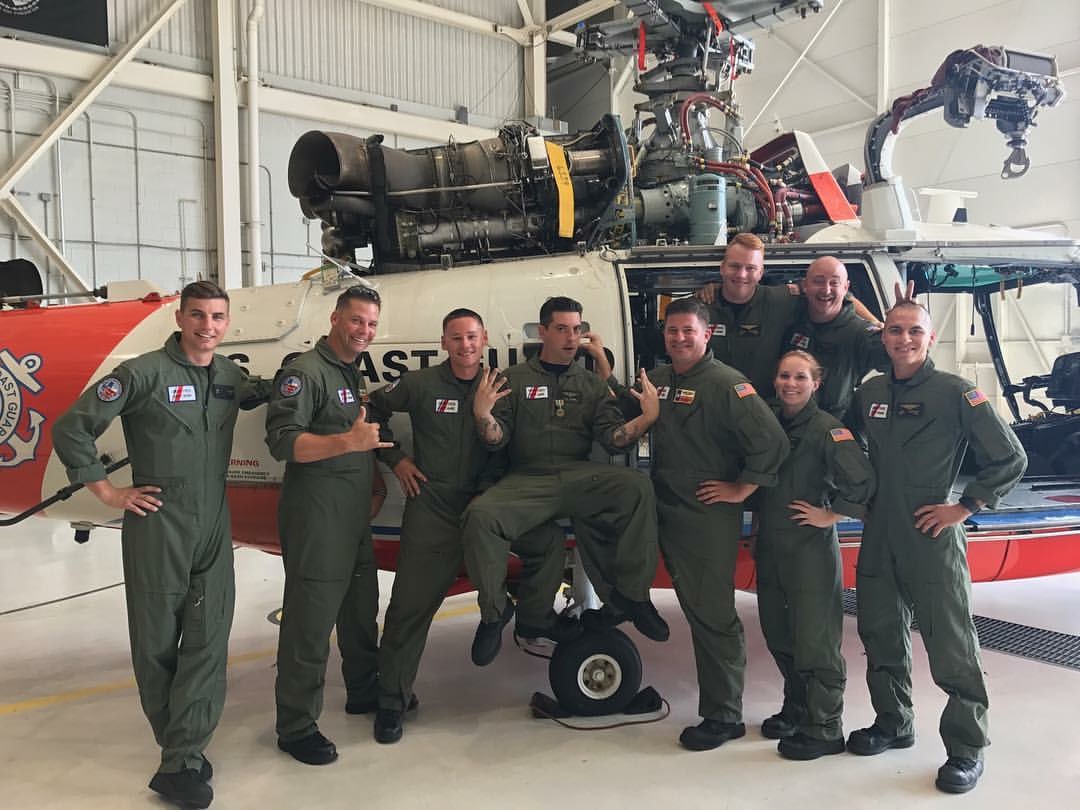 While his wife weathered the storm from home, Dykema — an avionics electrical technician — refueled and repaired helicopters to ensure his unit could continue to save lives.

“In my unit in Houston, we have three helicopters on a normal day. At the height of Hurricane Harvey, we had about 20 helicopters,” he said. “We went from being one of the smallest air stations in the Coast Guard to being the biggest practically overnight with the amount of people and helicopters that came in.”

On the first day, Dykema worked for 14 hours straight before trying to go home.

“I almost got stuck. In hindsight it was a terrible idea,” he said. “I wanted to check on my wife, but all the roads were flooded. Halfway home, she told me to turn around and go back. The roads I had taken had flooded when I turned around. It was cutting it close to get back. For the next two nights, I slept in my car.”

As a Michigander, this had been Dykema’s first hurricane.

“It was really awesome to be a part of the experience,” he said. “There’s not a great word to describe it because it was scary at the same time. It was cool from my perspective because I got to see the work happening to help the people of Houston.”

While his days are spent repairing and diagnosing problems with helicopters and avionics systems, electrical systems and wiring, Dykema is thankful for the time he spent at DU.

“The biggest thing that transfers over from my time at Davenport is the ability to think critically and troubleshoot an issue — whether it’s a computer network or an aircraft system,” he said.

The soft skills he gained also have given him an edge.

“Professionalism isn’t really taught like I think it should be,” he said. “I don’t work in an office every day, but I have the skills I gained at Davenport and through my internship. It puts me at a higher level when I talk to people or when I need to explain my position.”

Dykema’s next steps are still up in the air. He is undecided on whether he’ll re-enlist or pilot his career in another direction.

“I really like where I am and what I am doing, so I guess we will see,” he said.