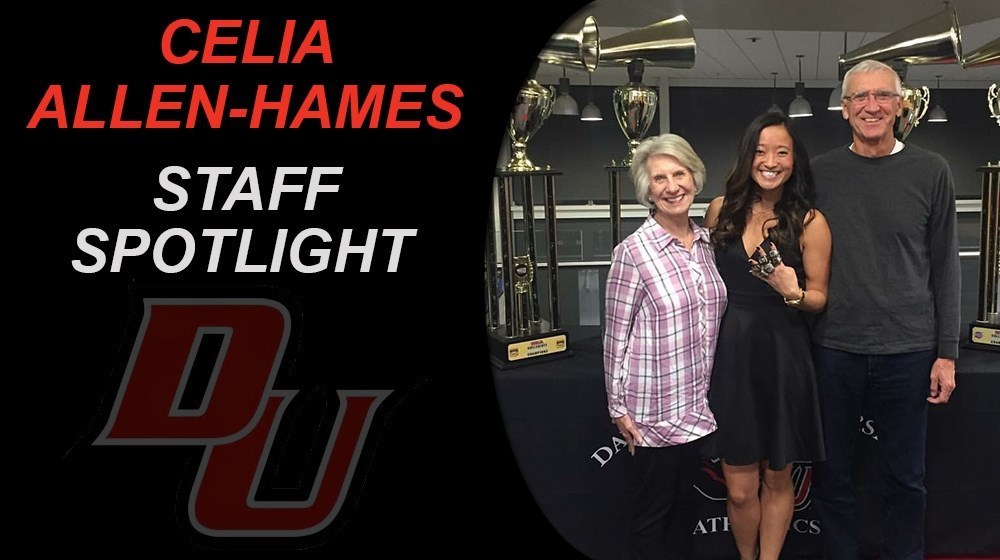 “I love the relationships I make with athletes … every athlete that I have had the privilege to coach has left an impact in the way I lead. The most rewarding part of my job comes at the tail end of every season, when individuals rise to the occasion after facing adversity, struggle, and challenge. The most amazing feeling as a coach is seeing their individual and team transformation from Day 1 of summer practices to the ending ‘Panthers!’ that finishes off our routine.”

During Celia’s time at Davenport, she has helped bring the team to many championships: