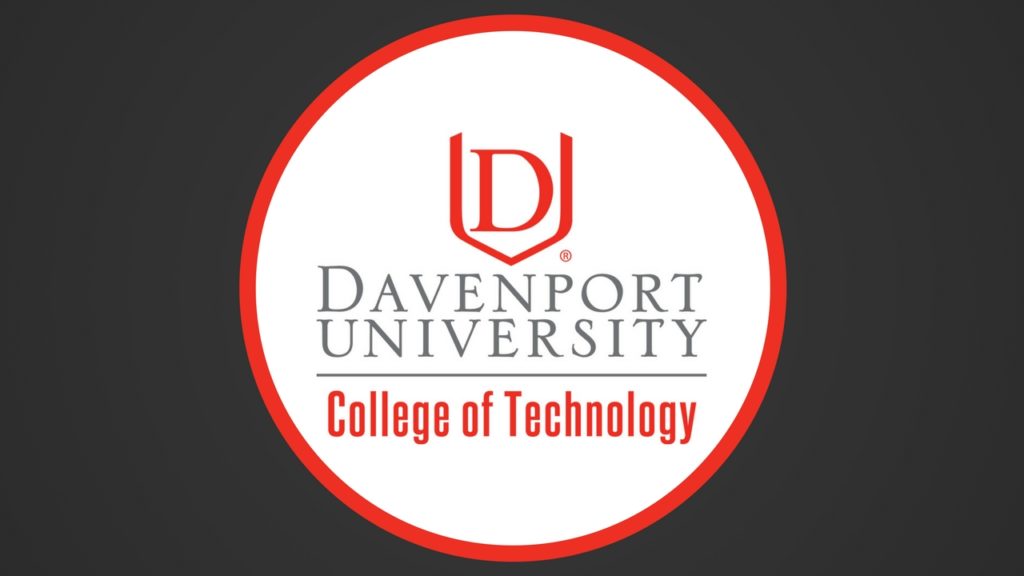 The College of Technology’s Eta Chapter of the Upsilon Pi Epsilon (UPE) Honor Society inducted 34 members on Friday, April 7, 2017, at Davenport’s Lettinga Campus.  UPE President, Mr. Garrett Lampson presided over the ceremony held in the Robert Sneden Auditorium on the Grand Rapids Lettinga Campus. Mr. Lampson was joined on stage by Vice President Ms. Stefana Rusu, and Secretary Mr. Abner Musonda.  Dr. Pamela Imperato, Dean of the College of Business and College of Technology, opened the ceremony, in which three faculty members and 31 students were inducted into UPE.

UPE is the first and only international honor society for the computing and information sciences.  The society was organized at Texas A&M University in 1967 and is endorsed by the Association for Computing Machinery (ACM) and the IEEE Computer Society. UPE is also a recognized member of the Association of College Honor Societies (ACHS).