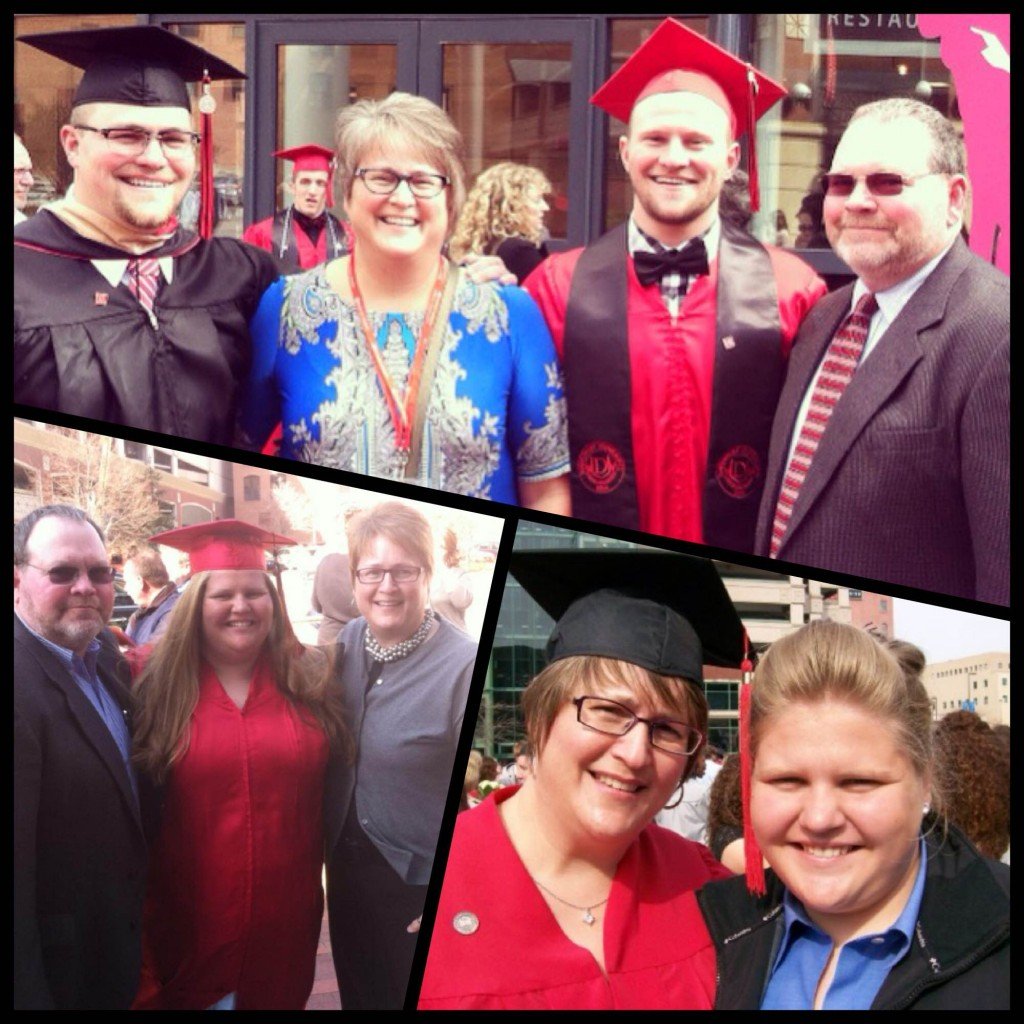 Caren Meerman ‘14 & ‘16 may hold the record of most Davenport commencement ceremonies attended. “We have it down now,” says Caren, “We have reserved seat labels and everything.” Caren’s family has made quite the name for themselves at Davenport University.

Caren is the youngest of the family. She graduated with her Bachelors in Sports Management in 2014 and her Masters in Management in 2016. Throughout her time at Davenport, Caren played softball for three years and rugby for two years. While earning her Master’s in Management, Caren worked as a Building Manager for the W.A. Lettinga Campus Student Activities Center.

When asked “Why Davenport?” Caren proudly stated, “The growth and the potential of Davenport got me excited about being a part of it. I was able to grow with DU and that was an awesome experience. Davenport also has fantastic opportunities for students and employees.”

When Caren first came to DU, the residence halls had recently been built. “Being able to live in the brand new dorms and play sports in a brand new stadium positively impacted my time at DU.” says Caren. “Experiencing Davenport’s growth first hand has been a great opportunity and motivator for me.”

Caren’s favorite memories here at DU revolve around her experiences in athletics. “I made the most memories on sports trips with my softball and rugby teams. For rugby, we went to South Carolina and California for nationals, which were both awesome experiences,” says Caren. “I met some of my closest friends through sports at Davenport.

Carna Brown ‘08, mother, is the Director of Financial Aid at Davenport University. She began as a Financial  Aid Counselor and worked hard to get to the Director position. Craig and Rachel Brown are married with 3 kids and 1 on the way. Doug recently landed a Sales Representative position at Homestead Timbers in Marne, MI. Jake met his now-girlfriend in May of 2015 at the Davenport University Commencement Ceremony. His girlfriend, Rebecca Veneklase ‘15, also received her BSN from DU. Jake and Becca are both working at Saint Mary’s Hospital in Grand Rapids, MI while pursuing their Masters in Nursing.

Between her BBA and MM, Caren married her high school sweetheart, Brett Meerman, on July 18, 2015. She is now working as Area Manager for Hi-Tec Building Services in Jenison, MI.

“The Brown family is a group of jokesters,” says Caren. “But we are a hardworking group of jokesters. We all have jobs in our fields and are proud to be a part of the DU community.” The Browns love the West Michigan area and have stayed close to home. Carrying on the legacy at DU is something that Caren takes pride in because Davenport has been a part of their family for years.

We are proud to feature Caren Meerman ‘14 & ‘16 and her family as our alumni success story this week. We are thankful for the dedication that this family has to our University.