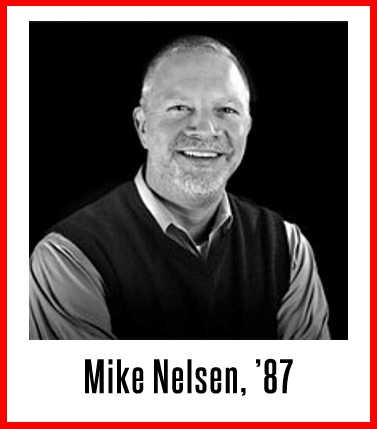 Being a differentiator in and out of the classroom!

From the call center manager at JCPenney to becoming the Chief Development Officer of CommerceHub, Mike Nelsen is recognized as one of the retail industry‘s top experts on drop-ship fulfillment. Mike started to work at an early age and quickly become motivated by his paychecks. He knew he had to attend college and could have gone anywhere. He quickly was drawn to Davenport because of the flexible scheduling and proximity of the school to his work and home. Mike was able to start taking classes at 7:00 a.m. and work second shift. He loved how the professors were still involved in the industry, making the classroom work very hands-on and practical. “I can remember on my first day of class, I had a professor say, “Open the book…Now close the book…That is about the extent we are going to use the book. The class was based on real-life examples and information that I could directly apply to my work,” stated Mike.

After graduating in four years going to school and working full-time, Mike earned his BBA in Business in 1987. He quickly was promoted and recruited to help launch QVC.com as employee number 2. Mike said, “They knew they wanted to sell things on the internet and they knew that I knew how to do it.” Mike built fulfillment operations from the ground up, including one of the industry’s first drop-ship networks of 300+ suppliers that powered $100+ million in 1999.  After QVC.com, Mike helped start Craftopia.com, which was sold to HSN.  Now, the Chief Development Officer at CommerceHub, Mike is responsible for all business and client development efforts, both online and brick and mortar retailers, distributors, and supplier companies such Staples, Best Buy, Gateway, Sears Costco, QVC, and Meijer. He was one of the first employees who started this company, helping it grow from 15 employees to 400 today. Mike is an extremely accomplished alum and credits his success to his hands-on educational foundation he received at DU.

Mike’s advice to seniors and recent grads is to approach anything you do like you have to earn it. “Most companies will give you a chance and reward you if you do what they ask. Be a differentiator in and out the classroom. Get involved in things and go above and beyond.”

When Mike is not working he spends most of his time with his wife and three sons, who all all very active in athletics. Between football, lacrosse and hockey games, Mike travels nearly 5,000 miles a year to watch his son’s sports.